My week in review...

Well, last weekend my mom came up to Seattle to visit us for the first time in 5 years. She rode the train up and we had a decent time on Saturday. She stayed for the puppy potluck, slept at our place and was to catch a morning train back to Portland. I left around 7:15am to go teach. Bruce was going to take my Mom to the train station around 9am. Somehow between those times she managed to fall in our bathroom and hurt herself very badly. In spite of this, she decided to go home on the train anyway. She had to go to the hospital via ambulance from the train station because she couldn't walk.

Originally the ER docs thought she had fractured a hip or blown a disc in her back. Of course, they took a few x-rays but didn't bother to do an MRI. And she, being who she is, didn't demand one. So she has now been off work for a week, doped up on pain drugs and dragging her right leg behind her because she can't bear any weight on it. In spite of this, she still refused to go back into the ER for an MRI, and so had her scan tonight, one week after the injury. No results until Monday.

So I feel sorry for my mom. She came up here to have a nice time, and ended up getting hurt badly. At the same time, I feel a bit angry with her as well. She should have let Bruce take her to the hospital up here rather than going home on the train. She should have demanded an MRI on the day of the injury. She should have been willing to go back in on ER to get scanned as soon as she realized she was unable to move her right leg. You can't help someone who isn't interested in helping him or herself. She would rather be the martyr than be well-cared-for. So be it.

Oh, and she was so strung out on oxycontin she asked my why I didn't send her anything for Mother's day. She FORGOT that she had received a huge bouquet of flowers from me just a few hours earlier :(

My Intermediate class that was supposed to have 14 dogs had 3 show up, so that is all pretty confused still. Blarg.

I got a cold and ended up going in to work anyway. This was a mistake as I ended up spending the entire day yesterday in bed sick as a dog trying to recover. At least I feel a little better today.

Lastly, the Indigo Girls was sold out, in spite of the fact the website said there was still availability of tickets. Grumble.

So there is my list of gripes from the week.

Good things: The girl I had to put on probation at work has demonstrated a significant attitude adjustment. This is a surprise, and a pleasant one at that. I really thought she would go under after her unfavorable review, but she has risen to the challenge.

The puppies are fat and happy, growing like weeds and developing like crazy.
Posted by Monique at 21:23 4 comments: 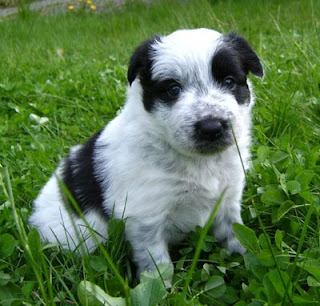 So a few fun things happened this week. Up until the past week my adult dogs have been completely uninterested in the puppies. However, last Wednesday, Magick decided that the puppies were *really* fun and started playing with them. She now plays with them until they are tired, then watches them sleeping with great anticipation waiting for the next round of play. 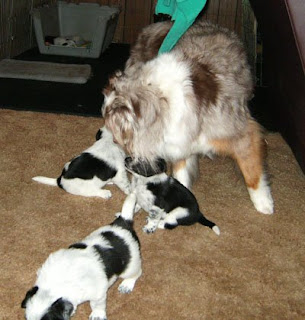 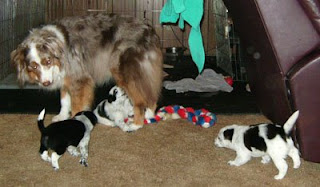 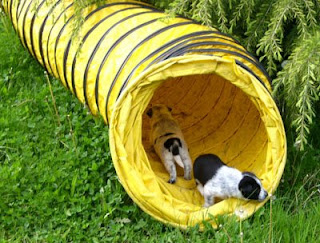 My feet were under seige 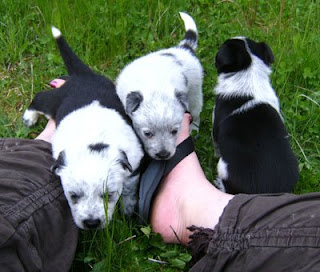 Everyone was playing - and resting - in the yard 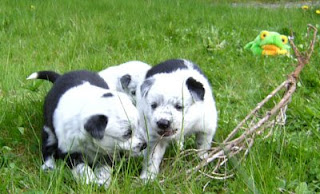 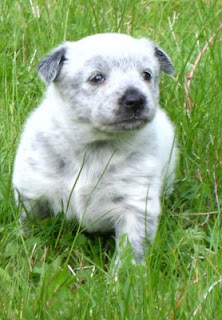 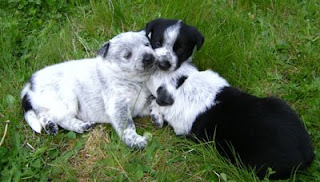 And then, we napped. Magick watched and waited for the next play time. 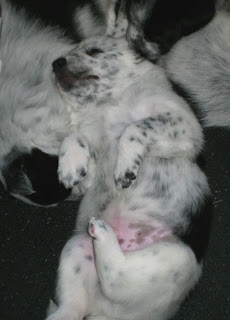