Last year in October I made a journey to Alberta for a little weekend conception mission. Also known as Canadian Journey on my blog. Success and 2 months later Rye and Co. were born!

This December, I made the journey again with a dear friend for a different purpose: Filming for Sheepdog Training Courses. When the need arose for a pinch-hitting camera woman, I felt very luck to be asked to go up to the frozen North for a week of adventure behind the lens.

Meeting in eastern WA, my friend picked me up in her big red truck and off we trekked to cold Alberta. I was glad to have been once before as the journey felt more familiar. Across the border and then across the Rockies, we found our destination warm and welcoming after a grueling day of travel in icy passes. 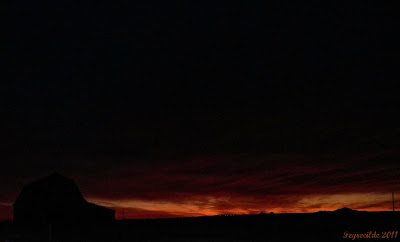 The first hints of sunrise at Alta Pete Farm
Each morning I would get up and walk dogs, then breakfast. The sunrise would evolve before my eyes in the quiet, wide open spaces. 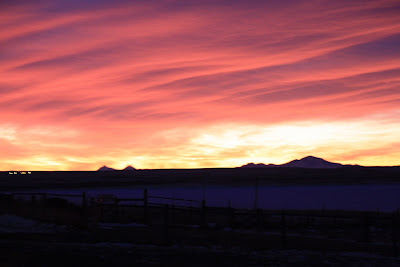 The sunrise begins in earnest
Each day brought a new adventure. Sometimes blowing snow, other times clear and windy or a glorious crisp, calm sunny afternoon. One day we even filmed from under the protection of Jenny's bath towels -- snow suits for the cameras! 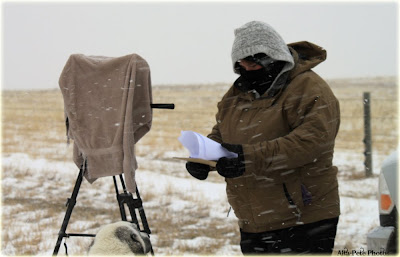 Me in 14 layers of clothes -- but WARM! Photo by Jenny Glen
Filming with Scott was a blast. His sense of humor and love for the dogs bring something truly special to his teaching. 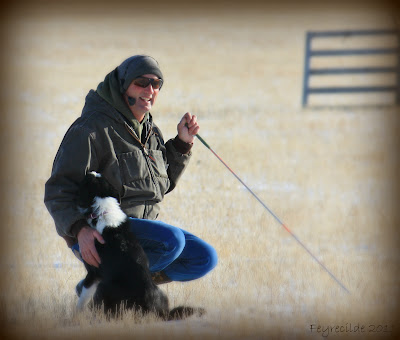 Scott and Wynn between takes
In between filming I would snatch up my own camera or Lora's camera and snap a few photos here and there. I did manage to get a photo of what may be the only tree in New Dayton ;) 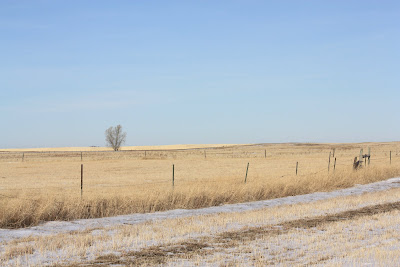 The one tree in New Dayton
Evenings brought beautiful moonscapes over the farm followed by good food and good companionship. 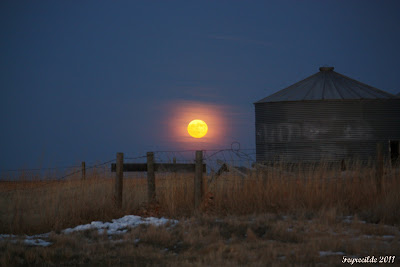 Moonrise over the farm
I really enjoyed this opportunity and am very excited to see the end product. It should be educational, entertaining and a whole heck of a lot of other goodness.

After a week of hard work and good company, we headed out before the sunrise to make the trek home. First, we fueled up with some traditional Canadian goodness. Honey crullers and hot chocolate. YUM. 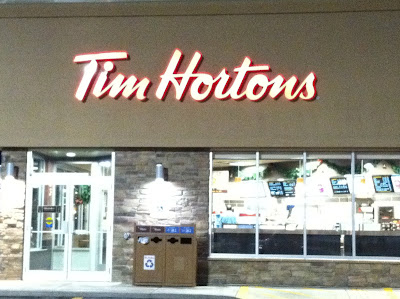 YUM. Nuff said.
On the way home we crossed the passes in daylight and I was able to snap a few photos from the passenger seat. It was 21 F when we left Alberta. Through the Rockies it held around 20 F, as we passed by frozen Crowsnest Lake and another large lake I didn't see the name of. 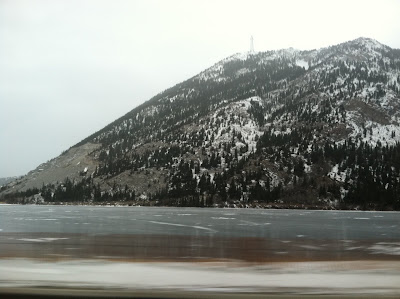 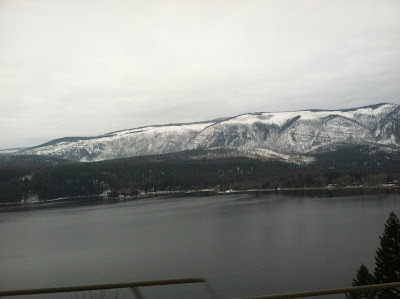 Lake in BC - possibly Moyie Lake?
We crossed the border at Eastbrook. Eastbrook Border Crossing, US side
By the time we got to eastern WA it was a frigid 17 F and everything was coated in sparkling hoarfrost. 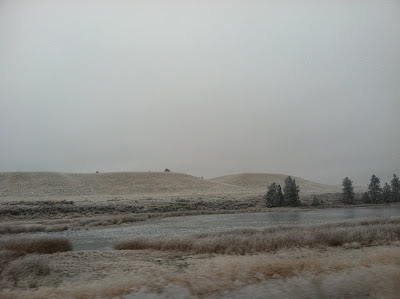 Hoarfrost between Spokane and Moses Lake, WA
I learned plenty about dogs, cameras, friends and myself. What a special trip. I feel blessed to have been invited. At the same time, like the end of any journey, the close of this one found not only myself but one of my copilots glad to be home again. 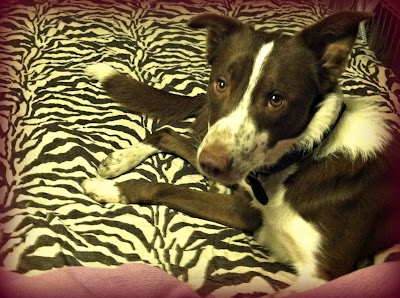